Dicks and Their Churches

This is an eclectic set of photographs. I don’t have all of my cathedral and church photos on hand at the moment, so I’m working with what I’ve got (and with a few from the internet). Consequently, this post is a mishmash of churches associated with Richard I, Richard II, and Richard III.


The granddaddy of medieval English churches. Westminster Abbey is the royal church; every monarch since William the Conqueror has had a coronation there. A bunch of monarchs are buried there as well. The medieval tombs surround the shrine of Edward the Confessor, but other monarchs are there, too. Queen Elizabeth I and Queen Mary I actually share a tomb in a side aisle. Royalty often celebrate their weddings at Westminster Abbey as well. Recently it was Prince William and Kate Middleton, but back in January 1382 Richard II and Anne of Bohemia married at the abbey. These are exterior photos only; visitors cannot take photographs inside the abbey. 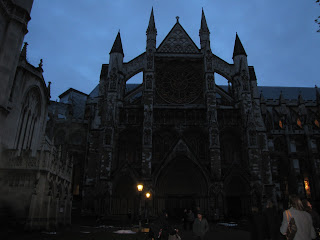 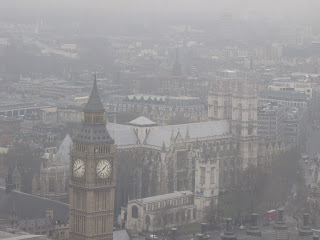 This is now a local parish church, but it was an abbey in the middle ages. Edward IV fought and won a decisive victory here in 1471. His Lancastrian opponents sought sanctuary in the abbey, but Edward refused to recognize it. He had them hauled out and executed. Anyway, a young Richard, duke of Gloucester (future Richard III) was with Edward at that battle. Interestingly enough, George of Clarence (brother of Edward and Richard) and his wife Isabella Neville are also buried in Tewkesbury. And FYI: Tewkesbury is in great shape because the townspeople purchased the abbey when Henry VIII dissolved the monasteries. Tewkesbury was thus never ripped apart so some aristocrat could use the stones to build a fancy house. 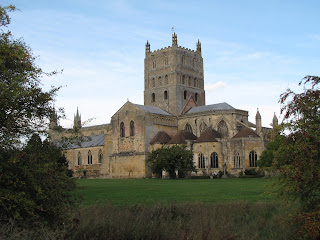 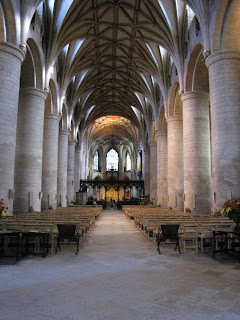 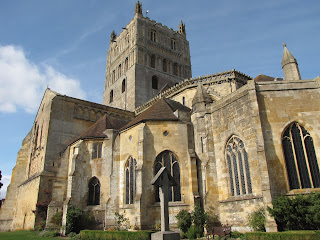 The kings Richard probably visited this famous monastery (now cathedral). Richard II certainly did. St. Albans also had a famous set of monks who wrote chronicles, which span several centuries. Two of the most famous of these monks are Matthew Paris (thirteenth century) who wrote much about Henry III and Henry’s brother Richard, earl of Cornwall, and Thomas Walsingham who wrote a bunch of not-very-nice stuff about Richard II. Their chronicles are awesome. I especially love Matthew Paris. He is informative and hilariously snarky at the same time. 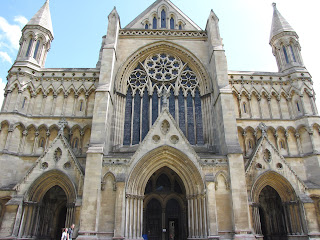 Again, this was once a monastery. It currently has a memorial to Richard III inside. It seems likely that, once his newly-discovered bones are positively identified, that this will become Richard’s final resting place. 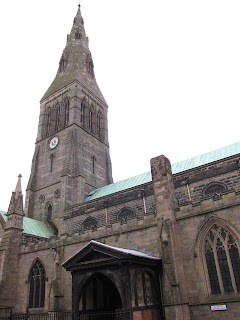 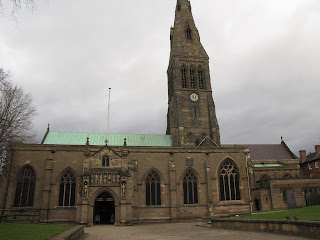 After his murder, Richard II was buried here, rather than in the tomb he had prepared for himself (and Anne of Bohemia) in Westminster Abbey. Henry V later brought Richard’s body to Westminster in 1413.

Abbey in the Loire Valley where Richard I was buried (along with his parents Eleanor of Aquitaine and Henry II). Their remains were lost during the French Revolution.