It's been a busy week, so I missed the boat. It turns out that 9 January was Richard Nixon's birthday - and he would have been 100. To belatedly honor that "special" day, here are some photos of America's trickiest, dickiest president. 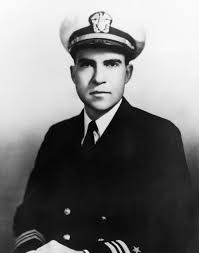 Nixon and his Finger