Today, January 6, is Richard II's birthday. Since I've already written an exceedingly-long post about him (in 2011), we'll go easy on our brains and just look at some pretty pictures. 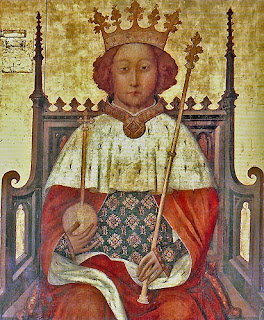 The "Westminster Abbey" Portrait, so called because it now hangs in Westminster Abbey. This is also sometimes called the coronation portrait since Richard is showing in the full regalia. 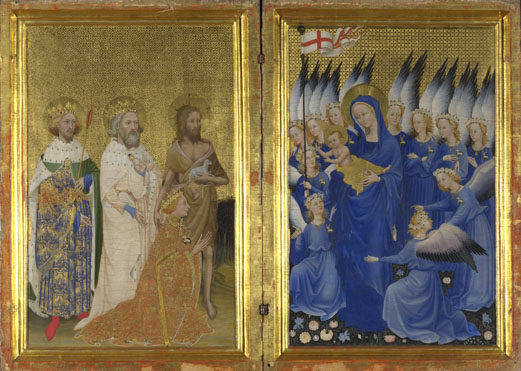 The Wilton Diptych, which depicts a youthful Richard even though it was made when the king was an adult. A 16th-century image. I prefer the other two, and I think they might be more accurate since this one was made some two hundred years after Richard's death.